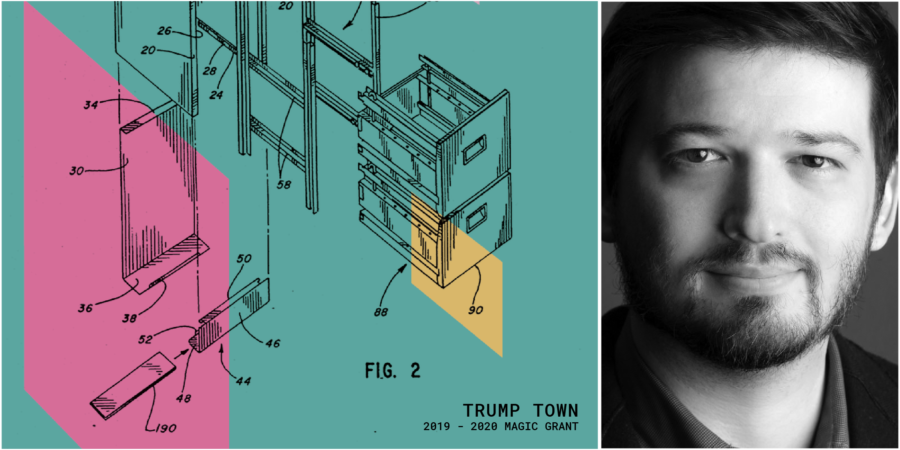 This post is part of a series of profiles of our current 2019-20 Magic Grants. It gives us an opportunity to brag about the great work being done by our grantees, and also to encourage you to consider applying for one of next year’s grants! Funding could start as early as July 1, depending on your needs. Read about the proposal process on our web site — applications are due May 15.

To understand the mission of Trump Town, a project funded by our 2019-20 Magic Grant, you have to rewind to the Obama administration. At that time, no database existed to keep track of the appointees who were, in large part, running the federal government. There was no comprehensive listing of potential conflicts of interest that might arise from an official’s connection to industry, ties to lobbying, or financial trading.

In 2009, before the project was attached to The Brown Institute, ProPublica began curating a list of these appointees, paired with a small list of financial disclosure documents. But the list was still not complete. The project was revamped when President Trump was inaugurated, with the goal of becoming the “go to” source for information on Trump’s appointees, alongside any of their potential conflicts of interest. It quickly found use by journalists, researchers, and even members of government.

Like other ProPublica News Apps, Trump Town provides an interface where users can search for public interest documents that aren’t available elsewhere. Vital Signs, another of these apps, tracks various statistics about individual healthcare providers, such as which doctors receive money from pharmaceutical companies, and how surgeons compare on complication rates. This general framework of retrieving, indexing, and hosting information is sometimes known as ‘resource journalism’.

With help from the Magic Grant, the Trump Town website is receiving a visual overhaul and will include database expansions. Additionally, since being awarded the grant, the team has been publishing stories to highlight their key findings. In October, after they updated Trump Town to include information about the past lobbying activity of Trump appointees, they published a story that revealed that 281 of Trump’s political appointees, one for every 14 appointees, was a former lobbyist. It painted a portrait of lobbyists like Colin Roskey, who joined the Department of Health and Human Services after serving 20 years as a lobbyist for dialysis providers, now put in charge “of regulating how much profit or loss some of his former clients will see in coming years,” according to the article.

Trump Town gathers its information mostly through Freedom of Information Act (FOIA) requests. First, project members request lists of political appointees to federal agencies and the Office of Personnel Management, and use these lists as a basis for a set of requests for more granular information about each appointee. These records requests, including requests for financial disclosures and lobbying records, go to the various agencies who employ the appointees and to the US Office of Government Ethics.

While still primarily being conducted manually, the requests are in various stages being automated, a process overseen by Magic Grantee Derek Kravitz, and assisted by a team of students at the Columbia Data Science Institute. Additionally, they are working on supercharging the database with excerpts of legislation that was directly influenced by each former lobbyist, to showcase how policy is affected by appointees who used to work for the industries they now regulate.

Recently, the project further expanded its scope as the team decided to look at how they might apply their expertise in crafting public records requests to the coronavirus. Deciding that they wanted to examine how the federal government was working with local officials to manage the COVID-19 response, they filed requests in nearly every state for documents related to the government effort to combat the virus, and initially received over 2,200 pages emails. They were able to paint a timeline that illustrates why New Orleans officials decided to go ahead with Mardi Gras, even as they considered the growing dangers of the virus. Read our coverage of the piece here, and the piece as it appeared in the New York Times, here.

Since its inception, the Brown Institute has funded over 150 people across more than 50 projects. It has funded the creation of data sets and new database technologies to support journalism (Data Share, Democracy Fighters), editing tools that simplify audio and video production (RoughCut, Synthesizing Novel Video from GANS), and significant stories exploring new modes of expression through data visualization and immersion (We Can, 1000Cut). Read more about our projects on our website browninstitute.org.

Do you have an idea for a story, a new form of government accountability like Trump Town, a new entrepreneurial venture, or a technology advance? Consider applying for a 2020-21 Magic Grant! Read about the proposal process on our web site — applications are due May 15.