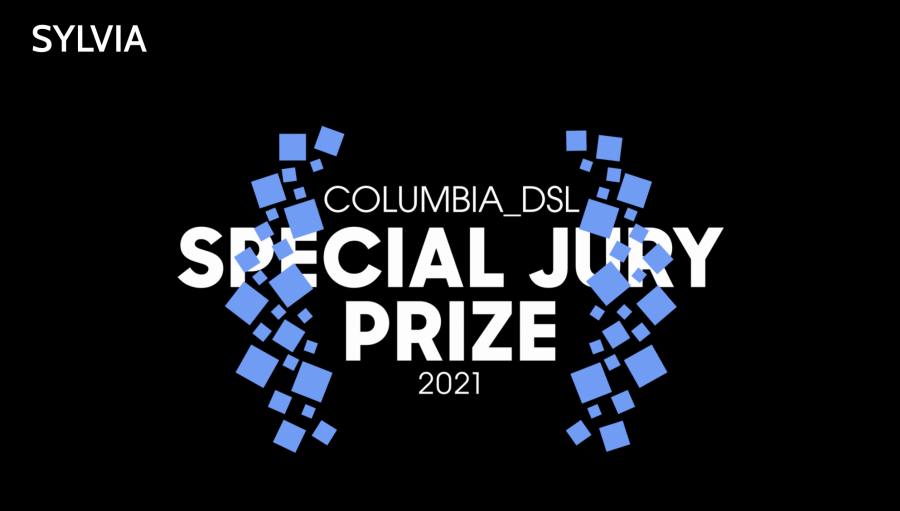 The project Sylvia, created by our creative technologist Ziv Schneider was awarded the Special Jury Award at the 2021 The Digital Dozen: Breakthroughs in Storytelling Awards, presented by the Columbia University School of the Arts’ Digital Storytelling Lab. The award was minted as an NFT on HIC et NUNC, a platform that uses Tezos and offers an eco-friendly alternative to NFT platforms using Ethereum.

The Digital Dozen program recognizes signal achievements across the broad spectrum of media that rely on digital technologies, including film, video, journalism, advertising, marketing, games, art, fiction, theater, virtual reality, augmented reality, and experimental narratives. The awards honor twelve signal achievements. Out of these, the Special Jury Prize, consisting of a workshop at the Lab, is given at the discretion of the awards committee. Winners are chosen by an interdisciplinary jury of Lab members and university faculty.
Sylvia was an experiment in creating a virtual influencer. She was a computer-generated character that was posted to Instagram from July to November 2020, combining renders with text generated through natural language processing. Over the course of those five months, she aged from 30 to 80. Unlike her peers, Sylvia was aging rapidly, at a pace of one decade per month. This experiment highlighted and offered criticism of the newly emerging practice of creating virtual influencers and point out the ageism that is inherent to the way people design their fantasy humans. In addition to the critical aspect, ‘Sylvia’ was also an exploration of the craft and the storytelling opportunities it provides.