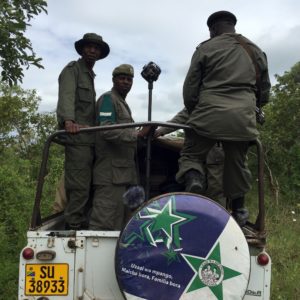 Marcelle Hopkins was awarded a fellowship from the African Great Lakes Reporting Initiative, an effort to support journalists interested in pursuing stories that go beyond the well-established path of political instability, armed conflicts, and humanitarian crisis in the region. Pulling from her VR film experience from the ‘On the Brink of Famine’ grant, Marcelle received a fellowship from the International Women’s Media Foundation to cover wildlife conservation programs in Tanzania, working specifically on a 360 video in Tarangire National Park. 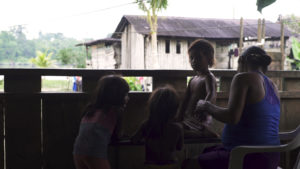 Colombia is nearing a peace deal that is set to end a 50 year conflict with the Revolutionary Armed Forces of Colombia (FARC). This is extremely meaningful to a country were at least 220,000 people have been killed and some 6 million more have been displaced.

However there are consequences of the war that won’t be addressed by a peace deal. The agreement between the government and FARC is one thing, setting in motion a process that will actually start healing the wounds of the war is much more complex.

After being forcibly displaced by paramilitaries for almost a year, the indigenous Wounaan community of Unión Agua Clara returned to its land, a two-hour boat ride outside the remote town of Buenaventura.

Upon arrival, they found a town with deteriorated homes, destroyed crops, a broken aqueduct and power plant. Four months after their return, the conditions remain the same and community leaders claim that they are at risk of being displaced again.

Juanita will be producing a short documentary film about this community and their current living conditions. 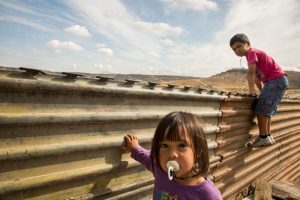 Every day about 100 to150 deportees enter into Tijuana, a city that does not have the resources to absorb them. Migrant shelters and drug rehabilitation centers are overcrowded, and many deportees stay in Tijuana for months or even years. Many have hopes of another chance to cross into the US, others settle for this city not wanting or not able to go back home.

Jika Gonzalez, is producing a photo essay about migrants in Tijuana caught in the middle of a journey or transition – from deportees struggling to find their place in the city, to migrants in shelters making their way north. The idea is to show the paradox of Tijuana — a city with pockets of art and culture mired in drugs and crime — and the community of migrants struggling to find its place within it or outside of it.

Read more on this story at the CS Monitor.