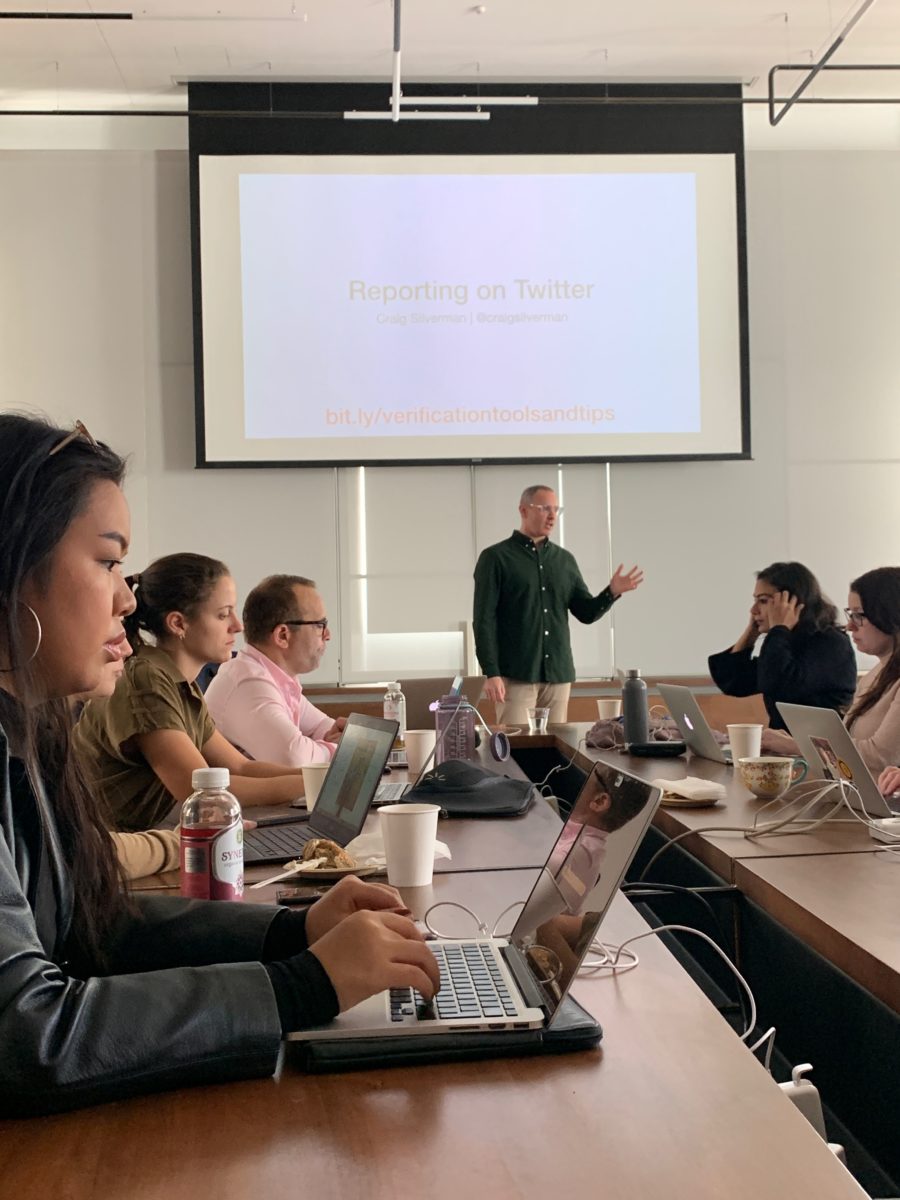 The last session of the Transparency Series took place last Saturday and featured Craig Silverman, BuzzFeed’s media editor. Silverman has an incredible record of reporting on Twitter and social media platforms generally. During the day-long workshop, he shared his strategies for breaking stories down into “actors, content, behavior, and networks.” His investigative routine when looking at a user on Twitter involves asking a series of questions.

Who are they interacting with frequently?

What do they talk about?

Whose tweets are they liking?

What lists are they on and have they created any?

The first part of the day involved trying out simple applications that help get at these questions — foller.me (for some basic Twitter analytics), tinfoleak.com (“Tinfoleak uses geo information that appears in tweets and uploaded images to locate the place where the user was when he tweeted something”),  sleepingtime.org (“Find the sleeping schedule of anyone on Twitter”), and ctrlq.org/first (“Who Tweeted It First?”).  Silverman even gave us tips for the advanced search in Twitter, asking us to find the “First tweet from Trump where  he includes a link to Breitbart.com.” Go ahead, try!

All of Silverman’s tool recommendations are made public on a Google document bit.ly/verificationtoolsandtips. He updates it regularly, so bookmark the page!

In the second part of the morning, Silverman explored what we think constitutes a malicious bot. He asked, “When you read an article about bots, how did the reporter make the determination an account was not human?” The answer isn’t easy. The Botometer has its rules, the Oxford Internet Institute says 50 posts per day makes you a bot, and the Digital Forensic Research Lab says 72 tweets per day is “suspicious” and over 144 tweets per day is “highly suspicious.” In short, it’s subjective.

Over lunch we were joined by Ashley Feinberg from Slate — the journalist who uncovered the “secret” accounts being used by Mitt Romney and James Comey. 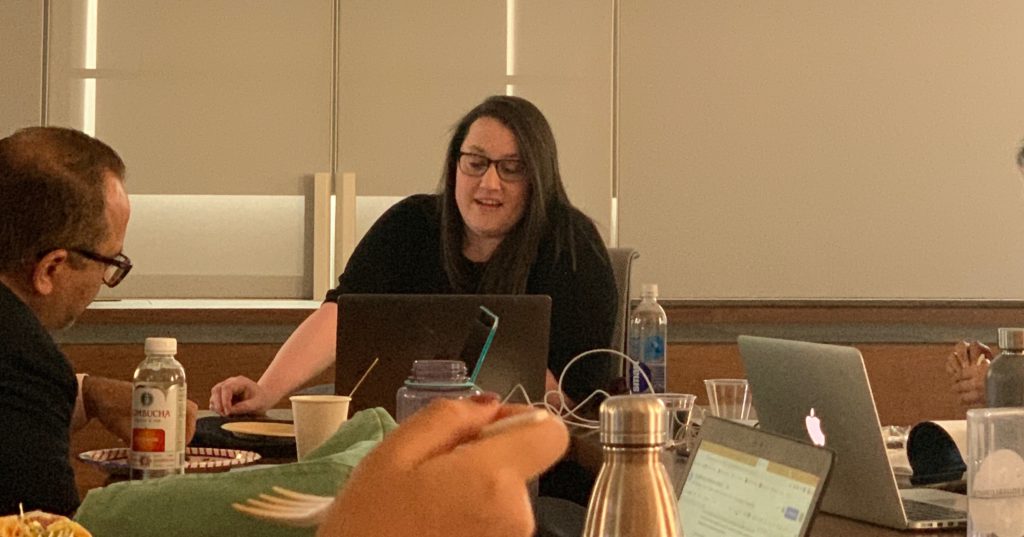 Feinberg emphasized that reporting on her beat is about having the right mindset. Tools are helpful for answering questions, but formulating them in the first place involves a kind of obsessiveness and understanding of Twitter. We enjoyed listening to her retrace her steps, each making her a little more confident that the user “Pierre Delecto” was indeed Romney — from the date the account was created to the other accounts Pierre followed, including Romney’s son and their family photographer.

We finished the day on two topics. First, how best to manage TweetDeck, creating lists and filters to help aid your reporting with Twitter. What is being talked about? Is something blowing up? The second topic had to do with Twitter’s efforts at transparency and in particular their public explanations about why they have removed content or suspended accounts. Silverman introduced us to the Lumen Database —  A Berkman Klein Center for Internet & Society  project advertising that “We collect and analyze requests to remove material from the web.” In examining suspended accounts, the tool namechk.com came in handy to see if an account’s name has been used for a website or on another social media site.

The day was packed with advice, with strategy, and with tooling. Silverman is an extremely knowledgeable and generous educator. We thank him for spending the day with the Brown Institute and Columbia Journalism School students! (Oh and the WaybackMachine Chrome extension is awesome.)

For those of you wanting a few images from the day, we decided to Twitter things up a bit and create a “moment” for your enjoyment. And be sure to check out the Transparency Series events for spring semester.