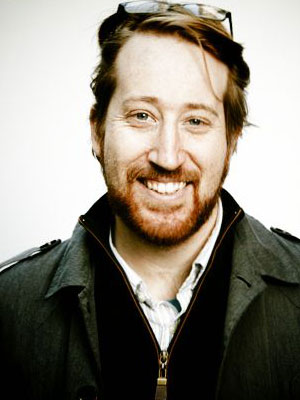 Michael Rau is a live performance director specializing in new plays, opera, and digital media projects. He has worked internationally in Germany, Brazil, the UK, Ireland, Canada, and the Czech Republic. He has created work in New York City at Lincoln Center, The Public Theater, PS122, HERE Arts Center, Ars Nova, The Bushwick Starr, The Brick, 59E59, 3LD, and Dixon Place. Regionally, his work as been seen at Humana Festival of New Plays at Actor’s Theater of Louisville, the Ingenuity Festival in Cleveland OH, and the American Repertory Theatre in Cambridge, MA. He has developed new plays at the Eugene O’Neill National Playwrights Conference, Playwrights Realm, the Lark and the Kennedy Center. Michael Rau is a recipient of fellowships from the Likhachev Foundation, the Kennedy Center, and the National New Play Network. He has been a resident artist at the Orchard Project, E|MERGE, and the Tribeca Performing Arts Center. He has been an associate director for Anne Bogart, Les Waters, Robert Woodruff, and Ivo Van Hove. He is a New York Theater Workshop Usual Suspect and a professor of directing and devising at Stanford University.