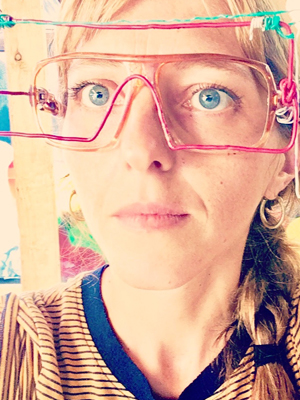 Francesca Berardi is a New York-based journalist. As a grantee at the Brown Institute for Media Innovation, she spent her time between Columbia University and a redemption center in Brooklyn, where she worked with a community of canners, people who pick up cans and bottles on the street.
After graduating from the Journalism School at Columbia University with an MA in Politics, she received a one-year post-graduate fellowship covering inequality in education. Her work on the US school system was published on ProPublica and Slate and received a Front Page Award for in-depth reporting from the Newswomen’s Club of NYC and an award for investigative reporting from the Education Writers Associations.
In her work, Francesca aims to explore the less visible layers of urban settings, understanding the economics of race and investigating issues of identity, displacement and migration. With the Brown Institute’s Magic grant, she attempted to find a common ground between journalism ethics and storytelling methods that creates a more “co-owned narrative.”
Her work has been published on most major Italian media outlets. From 2013 to 2015 she worked on a book project that led to the publication of “Detour in Detroit,” a collection of stories of people she met in Detroit.  Over the past year, she has been teaching workshops in interviewing and storytelling techniques at New York University (ITP) and the Master of Journalism in her home town, Torino.
Before moving to the US, she studied contemporary art and discovered a fascination for places in a phase of strong transition, questioning the role of art in postindustrial sites. In those years, she curated several arts projects across Europe and worked on a DIY documentary about a former coal mining town (“Viaggio al Belgio, A Trip to BE”.)