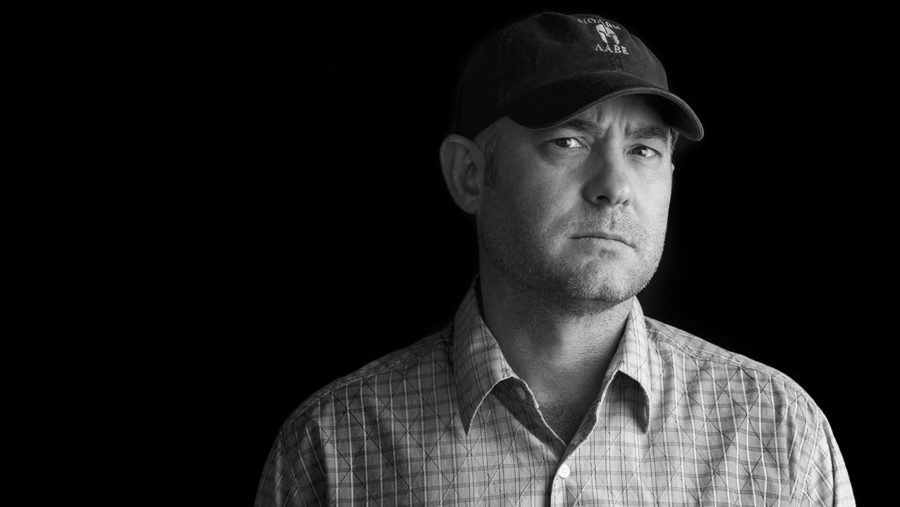 The first speaker in Media Innovators Speakers series at Stanford University for the 2017-2018 Academic Year, Dan Carlin, is widely known for his long time, highly popular podcasts, Hardcore History and Common Sense. In his visit to the Brown Institute at Stanford on October 11, 2017, he also shared with the audience how he went from being a local reporter for a TV station in Los Angeles in the early 1990s, to one of the innovators in what was then called the “new media” in the early 2000’s, despite industry backers and venture capitalists’ lack of support and doubt about the viability of amateur-produced content.

“Time and again, they said there is not going to be popular amateur content because anyone who’s any good will get paid to do it,” Mr. Carlin said, recounting how his first Common Sense podcasts came about. “Zero people invested,” he added. “I was supposed to be the example. So, we were going to have something where we were going to have these people where we could say, ‘Hey, this is what amateur content sounds like.'”

Throughout the evening, Mr. Carlin talked production, effect, reach, audience development, methodology, and topics on the state of the media. Several times, he noted that his own confusion about how to approach current events as a media figure had led to a months-long hiatus in the production of Common Sense, his political commentary show.

Mr. Carlin’s podcasts frequently shoot to the top of the charts upon release, and have been cited for excellence by Slate Magazine and the Huffington Post, among many others.