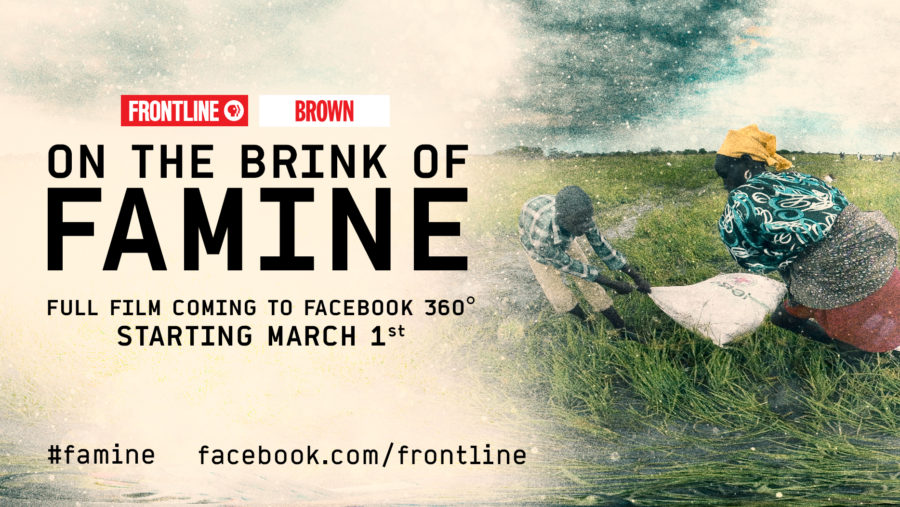 The Brown Institute and The PBS investigative series FRONTLINE continue their exploration of virtual reality (VR) in journalism  today with the release of the first in a new series of 360-degree Facebook videos. Filmed on the ground in war-torn South Sudan, the series — On the Brink of Famine – transports viewers inside a hunger crisis that few people in the Western world are aware of.

The project is an immersive, up-close look at life in South Sudan, where more than 2.8 million people are going hungry and at least 40,000 are near starvation as a result of a devastating civil war. The human catastrophe captured by the filmmakers is made even more urgent by a recent report from the United Nations warning that the people of South Sudan are facing unprecedented levels of food insecurity, with the numbers expected to peak this summer. 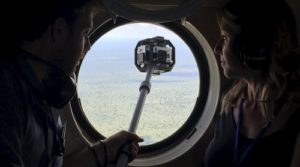 On the Brink of Famine was created by Evan Wexler, Marcelle Hopkins and Benedict Moran, all three alumni of the Columbia Journalism School. The project was awarded a “Magic Grant” from The Brown Institute, and received extensive support from FRONTLINE. The Ford Foundation also contributed the development of the project via its funding for FRONTLINE’s Enterprise Journalism Desk, and via a Ford Foundation JustFilms Fellowship at the Made in NY Media Center by IFP. 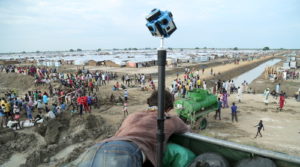 FRONTLINE and the Brown Institute will release the immersive documentary in stages. In the first On the Brink of Famine story, linked here and on FRONTLINE’s Facebook page, viewers are taken on a critical mission to deliver food by plane to those trapped in the swamplands of South Sudan. In a second 360 video experience, viewers will visit the country’s largest displaced persons camp — where more than 120,000 people have fled to escape the violence. The full documentary, which also includes a look inside a clinic where Doctors Without Borders cares for children suffering from acute malnutrition, will be available starting Tuesday, March 1. 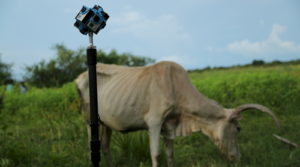 “We wanted to transport viewers into the heart of this man-made catastrophe to meet the people who are experiencing it,” says filmmakers Evan, Marcelle and Ben. “We hope that viewers come away with a better understanding of the causes of this crisis and how it affects people in South Sudan.”

“At FRONTLINE, we’ve been exploring VR’s potential for journalism for some time, and we’re so proud of the work this team has done to tell a critically important story in a new way,” says FRONTLINE Executive Producer Raney Aronson-Rath, who oversaw FRONTLINE’s first virtual reality documentary, Ebola Outbreak: A Virtual Journey, a collaboration with Columbia University’s Tow Center for Digital Journalism and the interactive technology agency Secret Location. 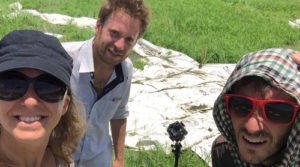 “We’re excited to partner with the Brown Institute on this important project, and to release the resulting immersive experience on Facebook for a broad audience,” Aronson-Rath adds.

“The Brown Institute is proud to support the work of Evan, Marcelle and Ben,” says Brown Institute Director Mark Hansen. “Their video is heartbreaking. Their story, told through VR, will help the world better understand the tragic dimensions of this disaster.”

“On the Brink of Famine is our first formal partnership with FRONTLINE, but we hope it is the start of a series of experiments with technology to tell such important stories in powerful new ways,” Hansen adds.

Here is the first installment of On the Brink of Famine.

The Drop Posted by FRONTLINE