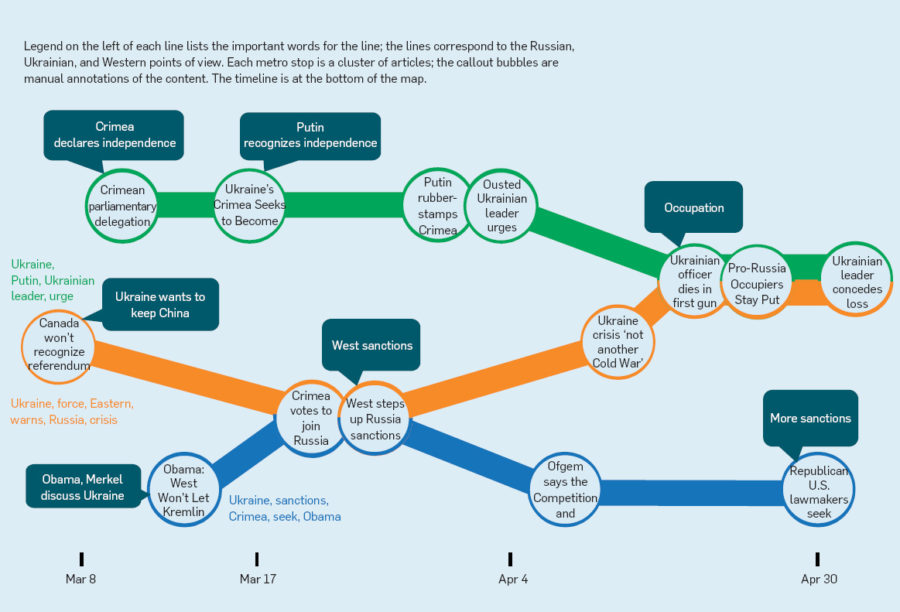 Former Magic Grantee Dafna Shahaf, a post-doc in the Computer Science Department at Stanford University, together with researchers from Stanford, the University of Washington, and Microsoft, has just published a paper in the Communications of the ACM on “Information Cartography.” Dafna and her coauthors construct a news summarization tool inspired by “metro maps.”

Metro maps consist of a set of lines with intersections or overlaps. Most important, they explicitly show the relationships among different pieces of information in a way that captures a story’s evolution. Each metro stop is a cluster of articles, and lines follow coherent narrative threads. Different lines focus on different aspects of the story; for example, the map i[above] was automatically generated for the query “Crimea.” The map outlines the 2014 Crimean crisis, with the three lines corresponding to the Russian, Ukrainian, and Western points of view.

The paper is a thoughtful presentation of the algorithm’s design and implementation. Congratulations, Dafna!