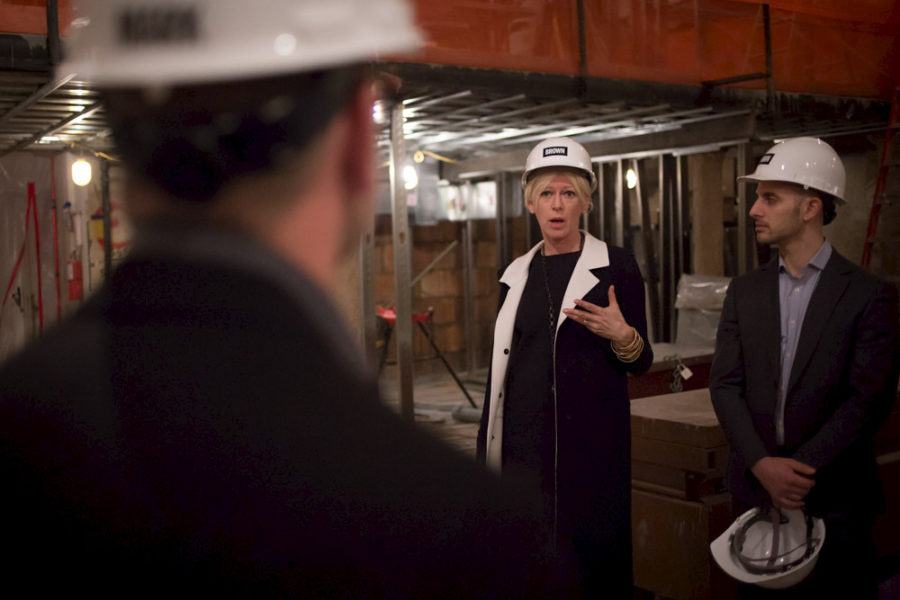 The Brown Institute is pleased to welcome Joanna Coles, newly named chief content officer at Hearst (pictured above in the construction site that was the Brown Institute 2 years ago). We could think of very few guests who could speak so perfectly both to our institute’s history (being founded by Helen Gurley Brown) as well as to our unique mission crossing journalism, technology and entrepreneurship. Here is a brief bio.

Joanna Coles has held the position of editor-in-chief of Cosmopolitan, the world’s largest women’s media brand, since 2012, and was named an editorial director of Hearst in 2014. Coles joined Hearst in 2006 as editor-in-chief of Marie Claire, where she co-created and executive produced the docuTV series “Running in Heels,” and appeared as the mentor on “Project Runway All-Stars,” after orchestrating the brand’s partnership with Emmy Award winning “Project Runway.”  The British-born editor moved to the U.S. in 1997 as the bureau chief for The Guardian before moving on to The Times of London. She has been the recipient of numerous awards for her leadership in journalism and media over the course of her career.

… and on Tuesday, September 6, Joanna Coles was named Hearst’s first chief content officer! Her talk will be held on Furnald Lawn just outside Pulitzer Hall.

Fleece blankets will be provided!