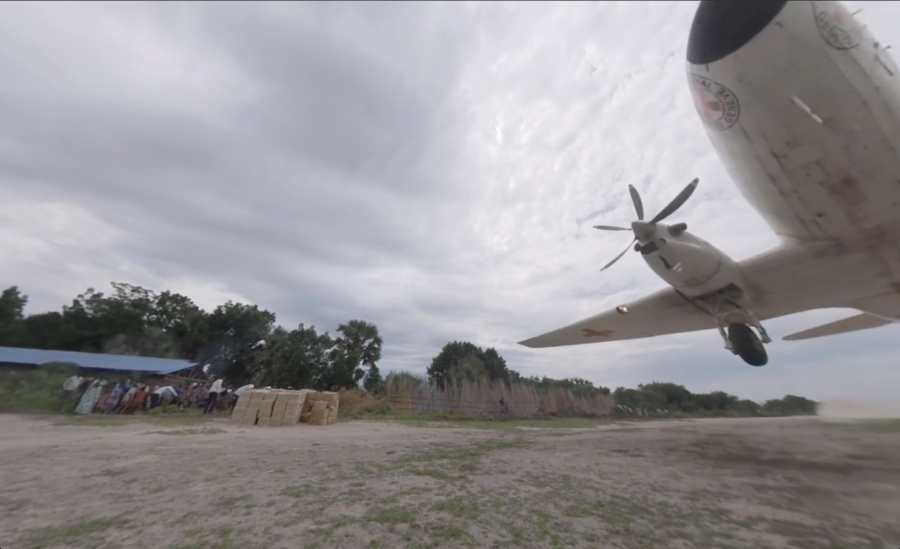 In two publications this week, the Magic Grant team of Evan Wexler, Marcelle Hopkins and Ben Moran take us behind the scenes of their VR documentary “On the Brink of Famine,” a moving experience of the hunger crisis in South Sudan.

In a post for FRONTLINE’s blog, Marcelle Hopkins explains how the food crisis developed in South Sudan. Shockingly, it has nothing to do with climate change or El Niño.

In April 2015, the government launched an offensive to retake rebel-held areas. Across Unity state, its forces burned down entire villages, destroyed food crops and looted livestock, sparking mass displacement of the survivors, according to the U.N.

“There are indications that this may have been a deliberate strategy by the government or the SPLA [South Sudanese military] aimed at depriving civilians of any source of livelihood with a view to forcing their displacement,” a U.N. human rights report said.

It is a chilling article.

Next, in a video and accompanying story in ArsTechnica, the team explains their creative process for making both technical as well as journalistic decisions for “On the Brink.”

Managing civil war, excruciating heat, and a ton of GoPro cameras—these were just a few of the challenges of shooting a virtual reality documentary in South Sudan…

Once in the field, the team put those cameras into some risky situations, including planting one in a field designated for a humanitarian food drop. Luckily, the camera survived its bombardment with 100-pound bags of sorghum, producing a mesmerizing, if terrifying, 360-degree view of the drop.

In these two pieces, the team offers deep historical analysis of the crisis and the technical approach they adopted to tell its story.  Again, congratulations to Evan, Marcelle and Ben for creating a powerful work of journalism.