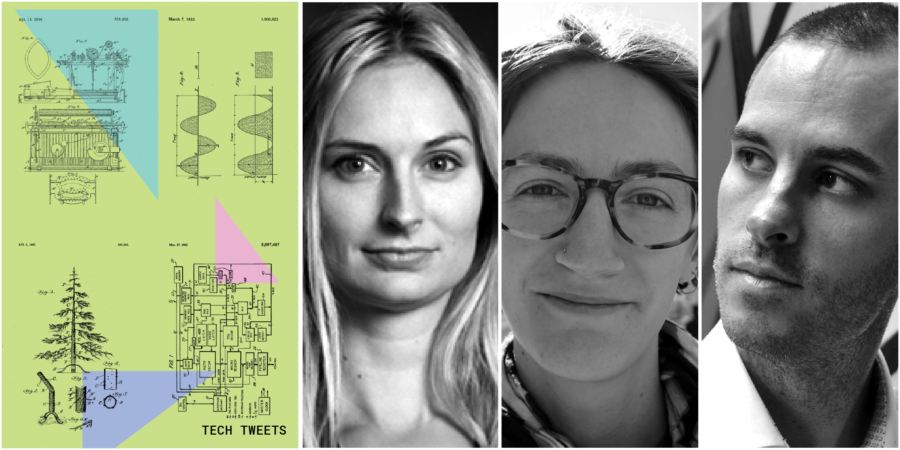 This post is part of a series of profiles of our current 2019-20 Magic Grants. It gives us an opportunity to brag about the great work being done by our grantees, and also to encourage you to consider applying for one of next year’s grants! Funding could start as early as July 1, depending on your needs. Read about the proposal process on our web site — applications are due May 15.

Tech Tweets, from Columbia computer scientists Katy Gero and Lydia Chilton, and  science journalist Tim Requarth, is a project funded by a 2019-20 Magic Grant that aims to help scientists communicate their writing to a broader audience.

Scientists most often disseminate their findings by publishing a white paper  or an article in an academic journal, formatted to the standards of their field, targeted at experts familiar with the subject area. But in recent years this age-old standard is beginning to crack. Organizations like the MIT Media Lab and OpenAI now require all research publications to be accompanied by explanatory videos and blog posts. Writer James Sommers wrote extensively about the idea of expanding the scientists’ explanatory toolset in The Scientific Paper is Obsolete, showing that interactive code snippets and dynamic web explainers can help scientists and laypersons alike get a clearer view of research findings.

The team behind Tech Tweets is focusing on a new form of science communication, the #tweetorial — a long-form Twitter “thread” written by scientists that explain scientific concepts on Twitter. The team hosted a workshop where they brought scientists from across Columbia University to work on their science writing and craft explanations of their research for the social media platform. From this workshop, they identified a few of the most common pain points for the scientists. One of the most prominent was crafting a ‘hook’, that first tweet that will engage readers with surprise or emotion, while also doing a good job of giving the reader a sense of what will follow.

Taking what they learned from the workshop, the group has begun designing a tool, an online worksheet, that will serve as an interactive guide to crafting a good tweetorial. For example, by scaffolding the writing process into clear steps and prompting the user with questions about their writing, their current iteration of the tool already gets scientists to produce hooks  on par with those that were being written after the half-day workshop.

The online worksheet in its final form will be smart too. The team is experimenting with state of the art natural language processing techniques to find recent news articles that are similar to the writers’ topic, and automatically identify noun phrases in the scientists’ writing that might be either too general or a bit out of a layperson’s vocabulary (“Does the reader know what pushdown automata are?” it might ask). But before they integrate these features into their prototype tool, they are making sure they nail “the hardest parts” like figuring out exactly what simple guidelines and prompts inspire the writer to write the absolute best tweet that they can.

Since its inception, the Brown Institute has funded over 150 people across more than 50 projects. It has has funded the creation of data sets and new database technologies to support journalism (Data Share, Democracy Fighters), editing tools that simplify audio and video production (RoughCut, Synthesizing Novel Video from GANS), and significant stories exploring new modes of expression through data visualization and immersion (We Can, 1000Cut). Read more about our projects on our website browninstitute.org.

Consider applying for a 2020-2021 Magic Grant!  Read about the proposal process on our web site — applications are due May 15.