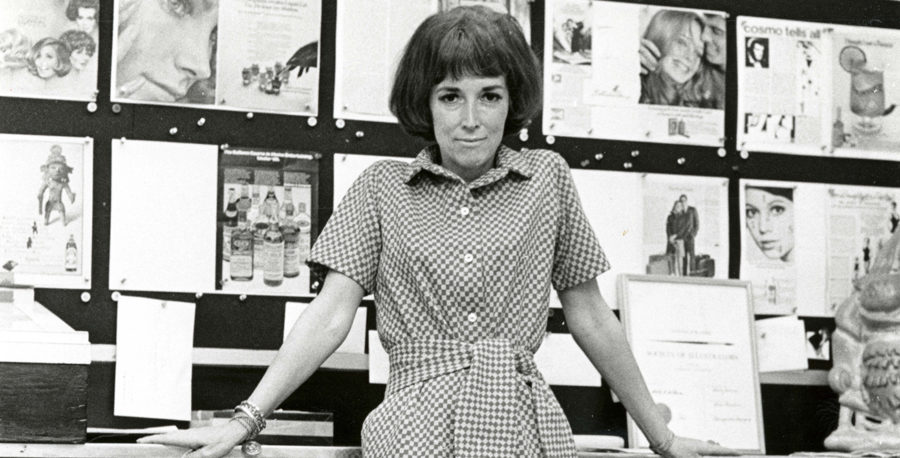 The Brown Institute for Media Innovation, a collaboration between Columbia Journalism School and Stanford University’s School of Engineering, has awarded its 2017-18 Magic Grants to 11 teams of innovators todevelop technologies that could transform the media landscape. Grant recipients receive awards of up to $150,000 for projects lasting up to a year.

Founded in 2012 through a gift from longtime Cosmopolitan magazine editor and author Helen Gurley Brown, the Brown Institute is celebrating its fifth year of Magic Grants. With the support of the Institute, this year’s winners will build data sharing networks to connect journalists around the globe; develop in-camera video feedback tools to help news teams capture high-quality footage efficiently; explore new ways to critique the data, code and algorithms that shape our world; and enable the routine exploration of vast archives of video.

This is a varied group, selected based on their potential for innovation in both stories and platforms. This year the Institute’s projects are also supported through partnerships with PBS FRONTLINE, the NYC Media Lab,  ProPublica and the BBC.

David and Helen Gurley Brown believed that magic happens when innovative technology is combined with great  content and talented people are given the opportunity to explore and create new ways to inform and entertain. The  Brown Institute annually awards fellowships, grants and scholarships, and designs public events and novel educational experiences in digital storytelling.

The following is a complete list of Magic Grants funded by the Brown Institute for 2017-18:

DataShare. Investigators around the world are all facing the same problem: each holds a wealth of information, but the sensitive documents and data are entirely locked behind their organization’s firewall. There are hundreds of stories and investigations that could be done, if only these data collections were interoperable. DataShare allows for valuable knowledge about people and companies to be “sieved” into indexes and shared securely within a network of trusted individuals, fostering unforeseen collaboration and prompting new and better investigations that uncover corruption, transnational crime and abuse of power. The DataShare team consists of Mar Cabra, a fellow at Columbia Journalism School in 2009-10, and Julien Martin, both from the International Consortium of Investigative Journalists. It will be funded by the Brown Institute and supported by PBS’ investigative series FRONTLINE.

Visual Beat. Today’s journalists are tasked with informing a public that is used to being entertained. News has to compete with the rest of the Internet, where good reporting often drowns in a sea of cat videos and click-bait. In this challenging landscape, news organizations have to adapt new strategies to keep readers, viewers, and listeners engaged. One strategy that has seen tremendous success in late-night television has been to embrace the dual role of journalist and entertainer, often by blending news with comedy. While effective at keeping audiences engaged, this strategy is difficult to scale  — comedy, it turns out, is hard. Visual Beat will build tools that take audio/visual content curated by journalists, and transform it into alignment with music to create a song-and-dance like presentation. This editing device could be a powerful way to engage viewers and draw them to a story, without asking journalists to change the way they choose content. The Visual Beat team is led by Abe Davis and Sean Liu from Stanford Computer Science.

Campaign is a strategy game that takes place in an imagined nation whose leaders are up for reelection. You are a campaign manager who must persuade the fictional characters in the game to vote for your candidate. You learn about the characters by accessing their personal information, including their employment status, age and hometown. You can learn more by solving logic puzzles, or by “convincing” the characters to share data in exchange for a reward. With enough information, you even unlock a Cambridge Analytica-style psychological “archetype” for a character. Campaign is a game about politics, privacy, data sharing and micro-targeting. The project is led by Laurent Bastien Corbeil, Rashida Kamal, Kevin Fei Sun and Eileen Townsend, all members of the class of 2017 or 2018 at the Columbia Journalism School. It will be funded by the Brown Institute and supported, in part, by ProPublica.

Camera Observa. In the modern, fast-paced news environment where video is in high demand, it is essential to capture high-quality video quickly and easily. Even for professional news teams, consistently producing high-quality footage is a major challenge. Yet it is essential to get a satisfactory first capture due to the ephemeral nature of news. Camera Observa proposes using a 360° camera technology to capture the context of the scene (such as lighting) to help reduce the many burdens of capturing video. Led by Jane E and Ohad Fried at Stanford Computer Science, the Camera Observa platform will provide in-camera feedback on quality of lighting in a video frame and suggest orientations of the subject to achieve various image styles; capture important interactions happening off-camera; and record additional B-roll.

Dark Inquiry. In an era of “filter bubbles” and social media-driven echo-chambers, the traditional critical essay may no longer be well-suited to the message. In response, the founders of The New Inquiry propose Dark Inquiry, a series of “critical software projects” (a game, an app, a bot, an API or some other creative use of technology) that produce critique through experience and interaction rather than written language. Their first experiment with this idea is the recent “White Collar Crime Zones,” a reappropriation of a predictive policing algorithm that usually targets street crime, refocused on white collar crime. The Dark Inquiry team consists of Sam Lavigne, Rachel Rosenfelt, and Francis Tseng, founder and editors at The New Inquiry.

Esper. With the advent of cheap consumer photography and the rise of ubiquitous imaging devices like street cameras and drones, large video collections are of increasing interest and availability to journalists and academics. Video streaming websites like YouTube and LiveLeak present rich datasets covering both high activity events (protests, conflict zones) as well as more mundane affairs (traffic, C-SPAN). For example, with video streams of a protest, a journalist might ask: how many people attended the protest? When did someone start speaking? What are all the messages seen on the protest signs? Just as existing tools like LexisNexis enable researchers to organize, index, and search large corpora of text, journalists need the same kind of tool to explore video data. Esper is a system that facilitates exploration of large video collections by enabling researchers to easily organize and annotate their videos at scale. Esper is led by Will Crichton at Stanford Computer Science.

Measure for Measure. The Public Theater and renowned theater ensemble Elevator Repair Service propose to experiment with one of Shakespeare’s most notoriously ambiguous “problem plays”: Measure for Measure. Interactive technologies and old media forms collide to create a new media dramaturgy for a contemporary Shakespeare audience. A custom teleprompter system will allow the ensemble of twelve actors to wildly modulate time and delivery. Radical experiments with speed set the play’s combination of the comically absurd and the tragically serious in stark relief, and deliver a remarkable new show that marries the company’s unique performance style with the Bard’s exquisitely lyrical language.

VillageLIVE  is an augmented reality walking tour of New York. Users can walk through the city to selected areas and use their phones as a window to peer into the city’s queer past. VillageLIVE is built around a video archive filmed by Nelson Sullivan. In the 1980s, Nelson became fascinated with video, which was entering consumers’ hands with the advent of handheld camcorders. He is considered the first vlogger; he turned the camera on himself and assiduously documented his life in the queer downtown scene of New York, featuring a cast of queer characters including Rupaul, Keith Haring, Lady Bunny, and more. The VillageLIVE project highlights a selection of these videos that tell stories of gentrification, of public safety for the queer public, and the revolutionary roots of NYC’s queer community. The VillageLIVE team consists of Shir David, Jordan Frand and Anne Goodfriend, recent graduates of the Interactive Telecommunications Program at NYU, and the project is funded through a joint effort of the Brown Institute and the NYC Media Lab.

Measuring Public Perception of Stories in the News. News is no longer made through self-contained works of reporting, but instead often emerges as an ongoing dialog between facts, readers, and multiple media sources. For every news story published, thousands of people will react via comments or social media, and it will often be re-reported by other media outlets (from small blogs to major newspapers). These reactions in turn impact the perceptions of future readers: How do people feel about a story? Do they generally accept its facts, or dismiss them? How is the story shaping public opinion? To understand the true impact of a story, journalists must understand the substance of the discussion it inspires. The goal of this project is to create tools that allow journalists to measure these reactions at scale. The Measuring Public Perception team consists of Ethan Fast and Binbin Chen from Stanford Computer Science.

Beyond the Bullets. News reports of firearm violence focus on access to guns, gang activity, poverty, and racial segregation. A careful reading of the conversations on social media among youth living in marginalized communities with high rates of violence, however, can provide an alternate yet in-depth narrative of how and why violence occurs. Beyond the Bullets proposes a hybrid approach to addressing gun violence, mixing automated, machine learning analyses of the networks implicit in social media posts, with community-level expertise and social work knowledge of community development. Beyond the Bullets is led by Desmond Upton Patton from Columbia’s School of Social Work and Kathleen McKeown from the Computer Science Department.

Data Interrupted. The 1994 Rwandan genocide left millions dead or displaced, and a society in ruins. There is one consequence of the genocide that has gone unreported: the near-total collapse of Rwanda’s ability to gather data, including that related to the weather. Data, Interrupted is a story about a country’s struggles to replace a generation of missing data and to try to understand and manage climate uncertainty. It’s also a story about the climate-data divide that exists in the world, and the implications this has on vulnerability, sustainable development and adaptation. The project is led by Francesco Fiondella and Catherine Vaughan, with the International Research Institute for Climate and Society, and Amir Imani, a student in the Data Science Institute at Columbia University.