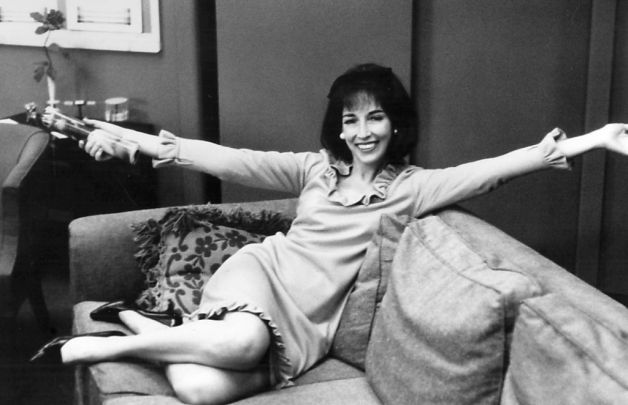 We are pleased to announce our 2015-16 “Magic Grants” – eight teams in all, comprised of students, faculty, alumni and post-docs from the Columbia Journalism School and the Stanford Engineering School. This year’s Magic Grant recipients were selected via a competitive process from nearly 50 proposals. Each project speaks directly to our mission – supporting new endeavors that inform and entertain in transformative ways.

The 2015-16 Magic Grant evaluation process included incoming West Coast Director, Maneesh Agrawala, who will pick up the reins from current director Bernd Girod. “We are very excited that Maneesh will be joining us as a faculty colleague at Stanford,” said Girod. “Together with East Coast Director Mark Hansen, Maneesh will take the Brown Institute to the next level.”

“With this group of Magic Grants, we have timely, powerful stories and incredibly novel uses of technology,” Hansen said.

This year’s winning projects include an interactive personal drone tour guide; a documentary filmed with immersive video technology, that maps the impact of the famine in South Sudan; and a “bicoastal” project that will allow journalists to analyze, visualize and interact with contractor data released by the Department of Defense. Individual Magic Grants can be up to $150,000, with funding reaching up to $300,000 for bicoastal projects, those having teams with members from both universities’ communities.

The Brown Institute is also, for the first time, providing funding for a so-called “flagship project.” A flagship project is a continuation of a particularly promising Magic Grant that can receive up to $500,000 for the following year. These special projects must be bicoastal, with substantial work carried out at both the Stanford School of Engineering and the Columbia Graduate School of Journalism. Application for flagship status is by invitation only. This year’s flagship project is the Science Surveyor.

Science Surveyor (Bicoastal, Columbia and Stanford): One of the biggest challenges facing science journalists is the ability to quickly contextualize journal articles they are reporting on deadline. Science Surveyor is a tool that can help science journalists and others rapidly and effectively characterize the scientific literature for any topic by providing a contextual consensus, a timeline of publications surrounding the topic, and categorized funding. The Science Surveyor team consists of Marguerite Holloway, Laura Kurgan, Dennis Tenen, Juan Francisco Saldarriaga, Daniel McFarland, Dan Jurafsky and Sebastian Muñoz ­Najar Galvez.

Following is a complete list of the Magic Grants for 2015-16:

Art++ (Stanford): Meaning Augmenting Art with Technology, Art++ aims to improve the experience of visitors in a museum gallery by proposing a new way of delivering information to them. Using augmented reality, Art++ offers viewers an immersive and interactive learning experience by overlaying content directly on the objects through the viewfinder of a smartphone or tablet device. The Art++ team is being funded for a second year, and consists of Maricarmen Barrios, JeanBaptiste Boin and Jacqueline Lin.

G:Drone – An Interactive Personal Drone Tour Guide (Stanford): Currently, drones are used primarily for filming, farming, search and rescue, entertainment, and product delivery. The team will explore human-drone interaction through the use of drones as tour guides. This is a challenging research topic as it encompasses fields such as proxemics, the distance between the drone and the person or the group (social sciences), calculating the best path for the drone (computer vision), how users communicate with the drone (HCI), how the drone responds to users (HCI), and having the drone take pictures or movies of the visitors (computer vision). The G:Drone team is comprised of Dr. Jessica Cauchard and Jane E.

Generating Emotional Impact in Narrative (Stanford): We respond to stories not only because of the information they contain, but also because of the emotional impact. Creating emotional impact is challenging, but professionals know that there is a process, though hard to articulate at a level that novices can follow. The team will decompose the act of creating emotional impact into a process that novices can follow on a website in under five minutes. Eventually, the novices will perform as well as experts. This team is headed by Lydia Chilton.

Nueva Nacion (Columbia): Currently, no Panamanian media outlet has a serious data analysis team. Stories are often told without appealing to data and the context they might provide. Panama is one of the fastest growing economies in Latin America, but it also suffers from a large socio-economic gap and has a high corruption index according to Transparency International. Nueva Nacion will explore the government’s untapped numbers, giving way to many new and unexplored stories that would benefit the country, and possibly the region. The team consists of Ana Méndez, Alfonso Poschl and Gaspar García de Paredes.

open.contractors (Bicoastal, Columbia and Stanford): Modern reporting increasingly relies on using data as source of evidence—numbers on a page can prove trends and anomalies and add context to anecdotes told by sources. Fortunately, many government agencies release data openly on the web, but unfortunately much of this data is presented in a frustrating and byzantine manner. open.contractors, an open-source web dashboard that will allow journalists to easily analyze, visualize and interact with contractor data from the Department of Defense. The open.contractors team is comprised of Alexandre Gonçalves and Allison McCartney.

Recipe for a Famine (Columbia): The United Nations warns that 2.5 million people are on the brink of famine in South Sudan. An ongoing civil war, extreme poverty and international apathy are creating a man-made catastrophe that we are witnessing in real time. Recipe for a Famine is an immersive documentary that explores the causes of famine and its human impact. In addition to the documentary, the team will create a VR 101 Toolkit to make high quality immersive video more accessible to more journalists. The team consists of Marcelle Hopkins, Benedict Moran, Evan Wexler and Andrew Blum, and is funded by the Brown Institute, and the PBS series FRONTLINE. The team was also awarded a Social Justice fellowship from the Made in NY Media Center by IFP.