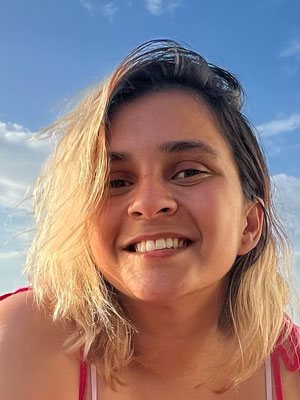 Rajvi Desai (she/her) is a cinematographer, filmmaker, reporter and photojournalist with work experience in New York City and Mumbai. Her work resides at the intersection of race and gender, currently focusing on Mother Wit, a film about Black trans women breaking the cycle of survival sex work by aspiring to higher education. Rajvi became the 2022-23 recipient of a Magic Grant from the Brown Institute for Media Innovation for her pilot project titled, “TRANSforming Journalism,” a docuseries following trans journalists of color as they report on trans communities of color. She was also a finalist for the NewFest New Voices Filmmaker Grant. Rajvi’s work has been featured in both local and international publications, such as amNY.com, Surface Magazine and The Swaddle.