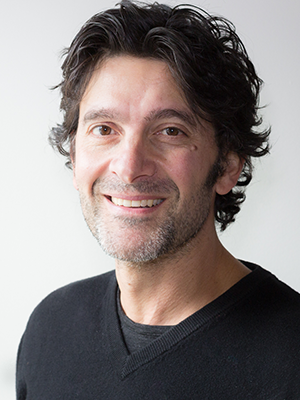 Francesco Fiondella is oversees communications at Columbia University’s International Research Institute for Climate and Society (IRI). He has worked as a science writer and photographer for more than 15 years. Prior to joining IRI, he made information graphics for The Wall Street Journal. He holds graduate degrees from Columbia in both science and journalism.

Francesco is the co-creator of the 2014 Climate Models wall calendar, a crowdfunded project that turned climate scientists into fashion models as a way to spark engagement and interest in science. At the time, the most-trafficked climate denialist blog in the U.S. called it “the world’s dumbest Kickstarter project for climate”, which still makes him proud.

He is a recipient of a 2018 Magic Grant for Data, Interrupted, a story based on the Rwandan genocide that looks at the climate-data divide that exists in the world, and the implications this has on vulnerability, sustainable development and adaptation.