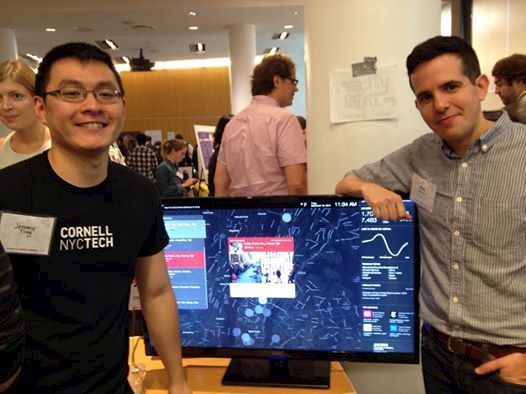 One hundred students and faculty from nearly a dozen NYC area universities participated in a demo session during the NYC Media Lab Annual Summit hosted at The New School in mid-September. A panel of judges, consisting of NYC Media Lab board members and corporate member advisors, recognized the most promising demos from the day. Three winners were selected, each reciving a $1,750 cash prize. Of the three, two were Brown Magic Grantees! Congratulations to CityBeat (a 2013-2014 Magic Grant) for its first prize, and to NewsRover (a 2012-2013 Magic Grant) for its second prize! Read all about the event here.