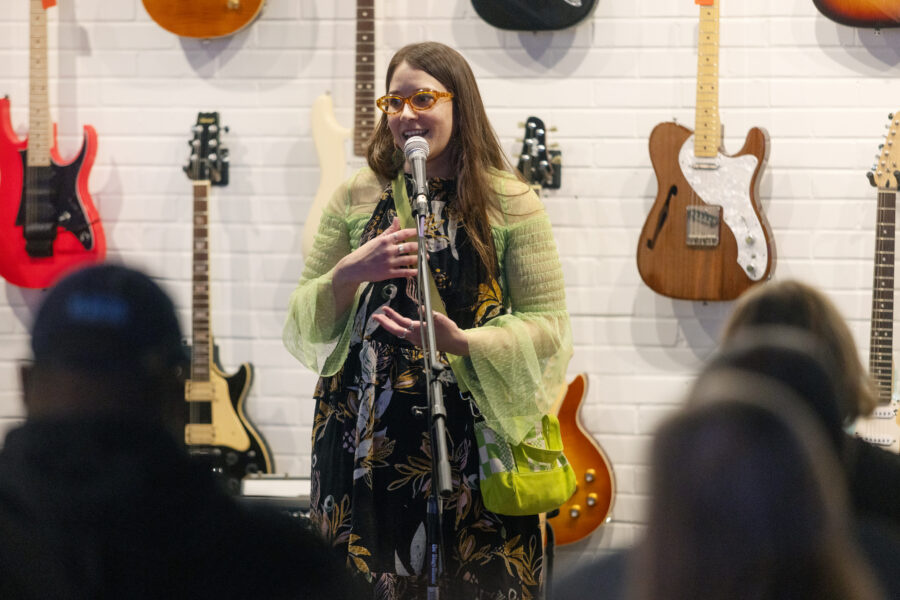 People from across Mississippi gathered to hear journalists tell intimate, first-person stories about the behind-the-scenes of their reporting this past February in Jackson, Mississippi. The show was a collaboration between Mississippi Today and Local Live(s), a national storytelling series that brings important journalism back to life.

Their next series, which is unified under the theme Secrets: stories of untold truths, cover ups and facts hiding in plain sight, premieres this month and will feature seven news organizations.

On Tuesday, April 5th, they will produce a hybrid event with the Gulf States Newsroom, a collaboration of four public radio stations across the southern United States. If you’re in Birmingham, Alabama, you can buy tickets for the show here. And if you’re anywhere else, the event will be streamed for free here.

Then on Thursday, April 7th, Local Live(s) is headed to Oklahoma City for a show with Oklahoma Watch at KOSU. Tickets can be found here.

Season II continues on Wednesday, April 20th with a collaborative show between Investigate Midwest and Iowa Watch. Tickets range from $5 to stream the event and $15 to join in person in Champagne, Illinois.

To see a full roster or connect with the Local Live(s) team visit locallives.co.