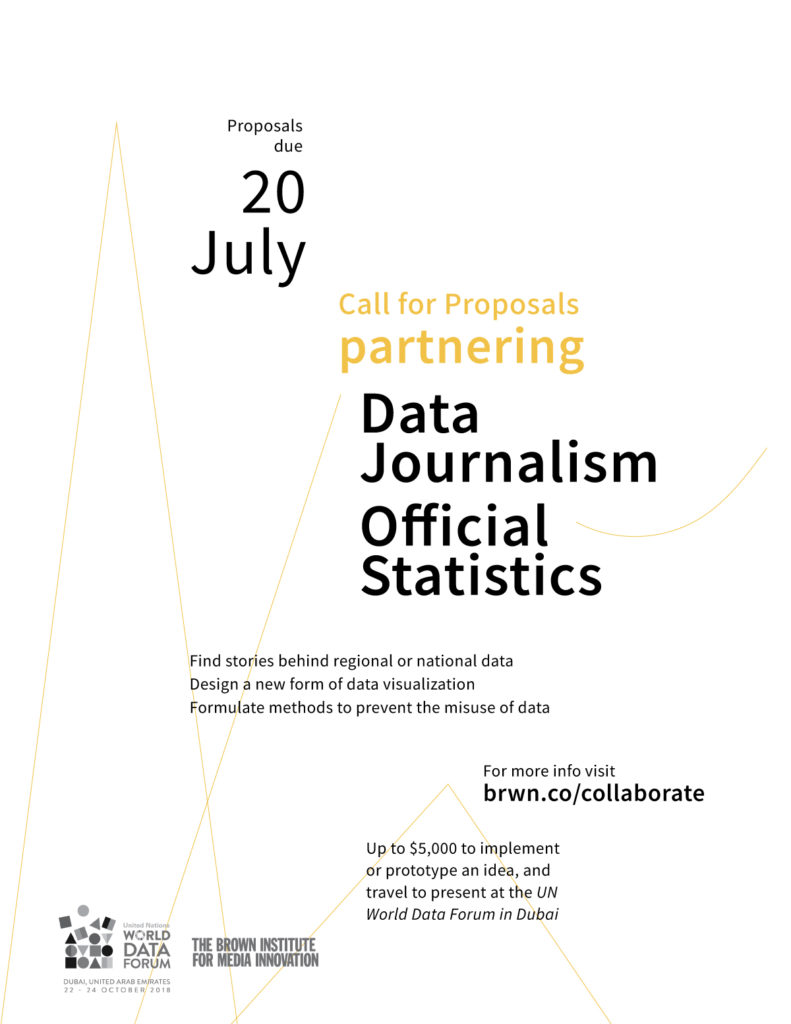 Proposals are due 20 July 2018, and winners will be announced by 3 August 2018. Propose at brwn.co/collaborate.

Proposals should identify ways in which data journalists can work together with national statistical offices to better inform the public. As examples, projects might involve finding untold stories behind local, regional or national data. They might create novel data visualizations or other forms of storytelling through text, sound and video. Or they could formulate methods to prevent the misuse or misunderstanding of data.

No matter what the form, we are looking for projects that include substantive involvement from both an NSO and a journalistic outlet, a true collaboration.

Proposals will be evaluated by a panel of representatives from the Brown Institute, UN-DESA’s Statistics Division, practicing data journalists and Chief Statisticians from NSOs. Out of all proposals received, three winners will be selected. The team with the top-ranked project will receive up to $5,000 to implement or prototype their idea. Part of the award will support travel to present their work at the UN World Data Forum 2018 to be held 22-24 October in Dubai.

Beyond a prototype or presentation, the hope is that this opportunity might inspire future organic collaborations between these two institutions, providing an inspiring example that could help shape the futures of both journalism and official statistics.

For a list of National Statistics Offices see https://unstats.un.org/home/nso_sites. Following the OECD, a National Statistical System is “the ensemble of statistical organizations and units within a country that jointly collect, process and disseminate official statistics on behalf of national government.”