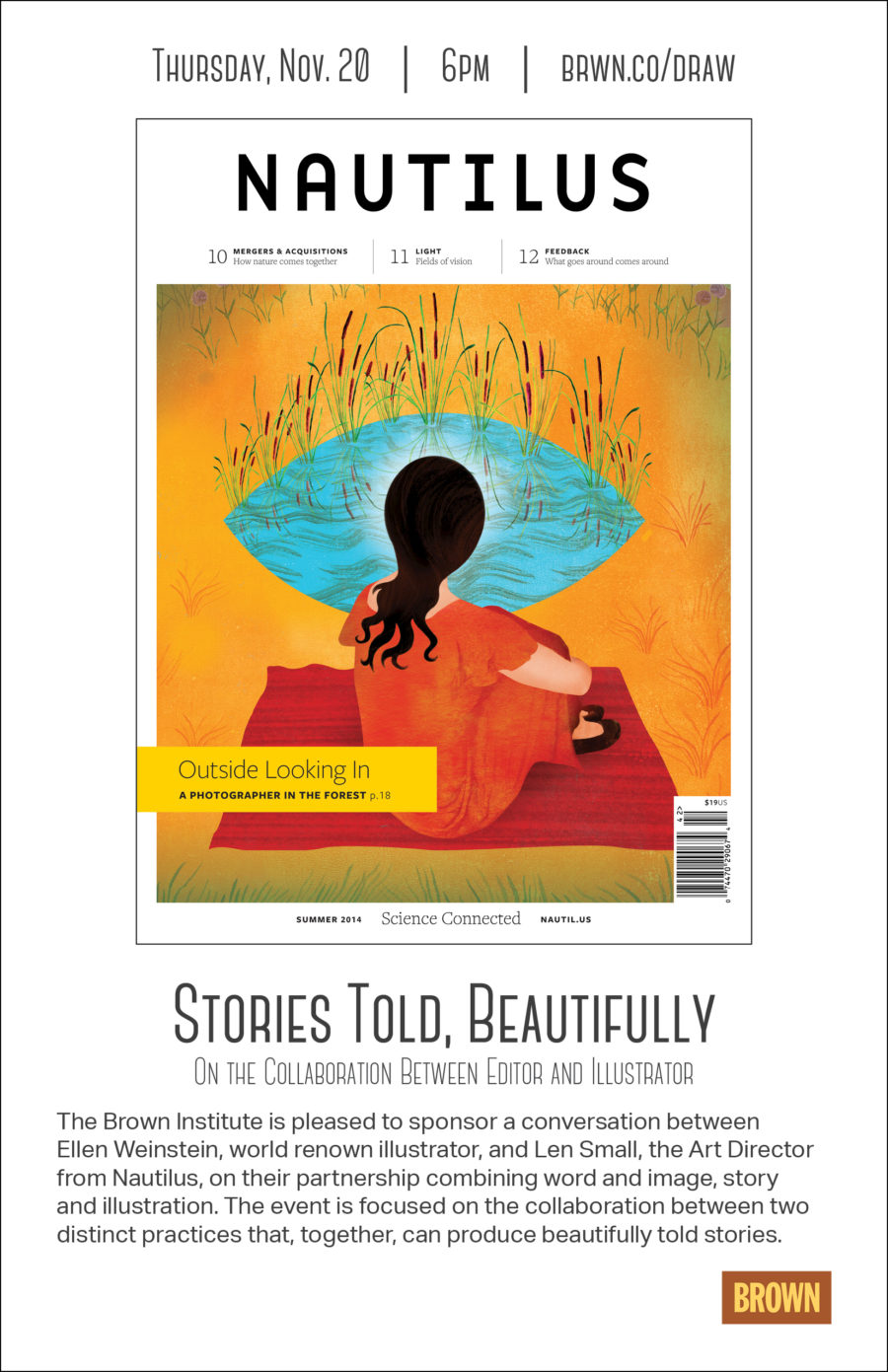 On Thursday, November 20 at 6pm, the Brown Institute is pleased to sponsor a conversation between Ellen Weinstein, world renown illustrator, and Len Small, the Art Director from Nautilus, on their partnership combining word and image, story and illustration. The event is focused on the collaboration between two distinct practices that, together, can produce beautifully told stories.

Ellen Weinstein is a graduate of Pratt Institute and New York’s High School of Art and Design. Her awards include American Illustration, Society of Illustrators, Communication Arts Illustration Annual, Print’s Regional Design Annual, Society of Publication Designers, and The Art Directors Club. She exhibits her work in local New York galleries as well as galleries in the US and Italy. She lectures and conducts workshops in various art schools and internationally including CEDRA Education, Moscow, Russia, Associazione Culturale Teatrio in Venice, Italy, Amarillo Design Space in Xalapa, Mexico and at ICON6, The Illustration Conference. She is an instructor at the Rhode Island School of Design. Ellen is currently the President of ICON8, The Illustration Conference that will be held July 9-12, 2014 in Portland Oregon. She also served as the Programming Chair for ICON7.

Len Small is an art director and graphic designer based in Brooklyn. He has worked on website, branding, and print projects with clients including IBM, MTV, Nike, and Martha Stewart. During 2009-2011, he served as art director for both Tablet Magazine and Nextbook, and also was an adjunct professor of design at Queens College. He has designed and directed for R/GA, Razorfish, and Empax. He earned his MFA from the School of Visual Arts Design program in 2008, where he received an Adobe Design Achievement Award (Semi-Finalist, Print Communications). He has a BFA in Fine Arts from Washington University in St Louis. Len is currently art director at Nautilus magazine.