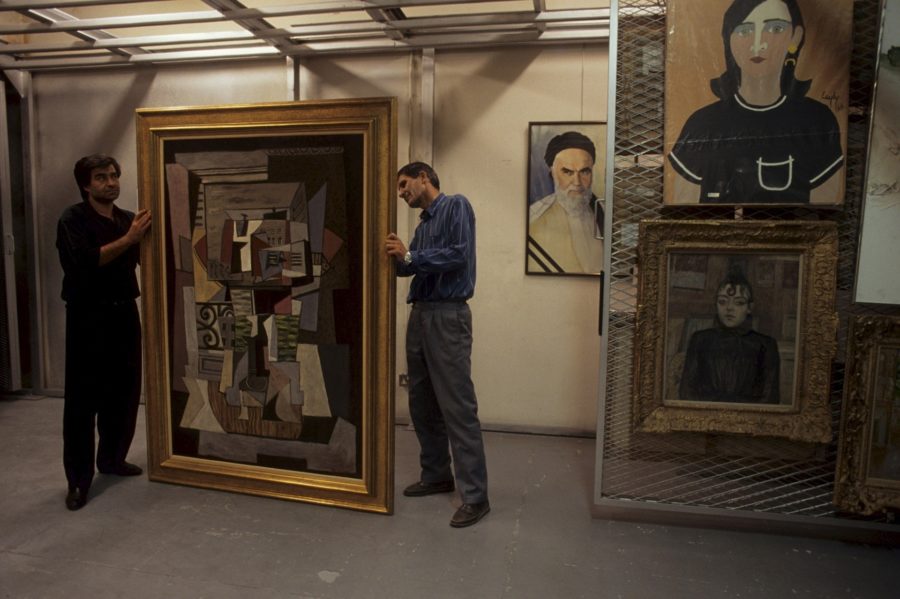 Alexandra Glorioso from the Reframe Iran Magic Grant has just published a profile in The Guardian of Nancy Matthews. Matthews served as vice president for arts and cultural affairs at Meridian International, “a unique cultural diplomacy nonprofit in Washington DC that receives government grants, including funding from the state department to welcome both high-profile foreigners and exchange students.” As part of the Reframe Iran project, Glorioso’s piece looks at the difficult political context behind Matthews’ important exhibitions of Iranian art in 2001 and 2007. Why art exhibitions “during years of political standoff”?

“In one of her early exhibitions… she had an ‘ah-hah’ moment. She realised how much the American people could learn about the Gulf through art if only the exhibition could travel around the US. Nancy made the decision to bring art from different countries to as many American cities as she could.

Over the next 20 years she would exhibit artists’ work from over a dozen countries with difficult relationships with the US, including Vietnam, China and Iran. In addition, she would invite the artists to the opening nights and set up historical and educational trips for them during their visits.”

Congratulations, Alex, on an outstanding profile!