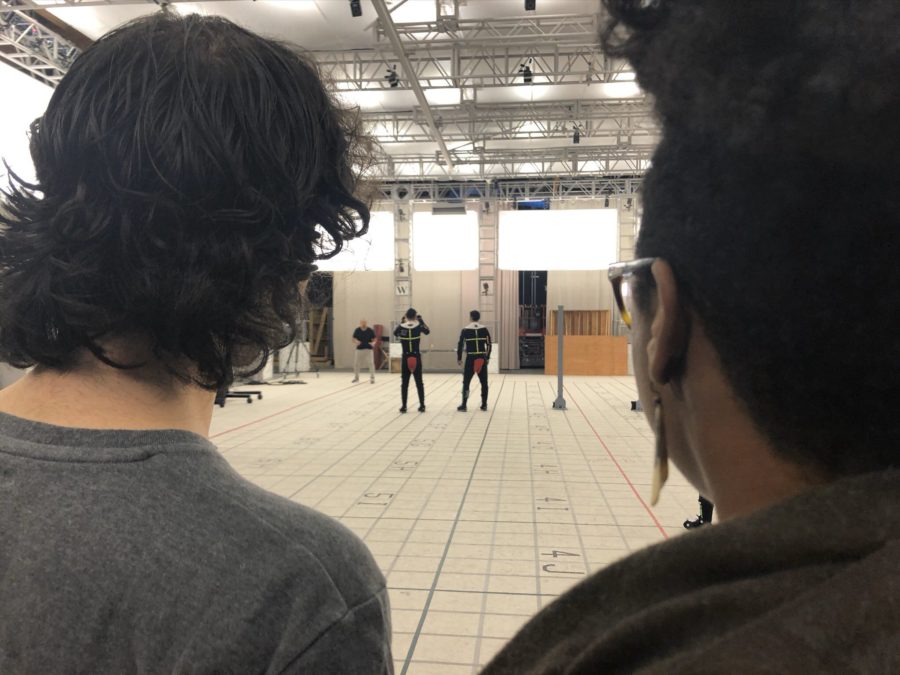 We are pleased to announce that the team behind 1000 Cut Journey, which was awarded our 2018-19 Flagship Magic Grant, has partnered with acclaimed visual studio iNK Stories, to expand their Virtual Reality (VR) experience. The project is a bi-coastal initiative between Professor Courtney Cogburn’s research group at the Columbia University School of Social Work and Jeremy Bailenson’s Virtual Human Interaction Lab at Stanford University. iNK Stories, meanwhile, is a VR production studio comprised of veteran storytellers who have created numerous vérité VR experiences, including HERO, a narrative that puts its viewer in the shoes of a White Helmet volunteer in Syria, racing to save lives in the wake of an explosion.

1000 Cut Journey was launched last year at the Tribeca Film Festival to widespread acclaim. Chris Ip, writing about the project for Engadget says:

While virtual reality has already proved it can immerse us in fantastical narratives and games, experiences such as this show a far more socially compelling use: helping us understand the neighbors we walk past every day but hardly know. It’s not using VR to escape the world, but to see it more clearly.

In 1000 Cut Journey, the viewer becomes Michael Sterling, a black man, and experiences the social realities of racism at various points in his life: during childhood, as an adolescent, and then as a young adult.

In partnering with iNK Stories, Cogburn and her team are changing how scenes throughout the VR story convey emotions. They have added details like an interactive game of handball to “really get the user into the space of playing the game,” says Cogburn. The game of handball creates a false sense of security, which leads to a sense of surprise, she says. “You’re getting points, you’re trying to win. Then the police officers show up.”

Cogburn’s work includes empirical research into discriminatory practices in the classroom and the workplace, as well as ‘stop and frisk’ practices in New York City. They’ve combined this data with a series of focus groups, conducted by iNK Stories in conjunction with Cogburn’s team, including interviews with black boys about their experiences with the police.

Virtual reality often forces its viewers to grapple with intensely emotional and empathic subject matter by putting them into the first person of a given narrative. Since the new medium provides for new and more personal modes of engagement, producers often cite opportunities for creating empathy from viewers, but these claims lack substantial evidence or research. Cogburn’s team is unique in its methodical approach to data collection. Not only is the team using data they’ve gathered to inform how they craft the experience, but they are also measuring the impact of the experience on individual participants through benchmark surveys. And regarding their intentions, they express their goals differently to those of other VR filmmakers, focusing on the downstream sociological effects of their work. Cogburn says:

Certainly part of what VR is touted as doing is increasing empathy. I kind of push against that as being insufficient. We need you to act differently. I need you to think differently about these problems when they’re presented to you.