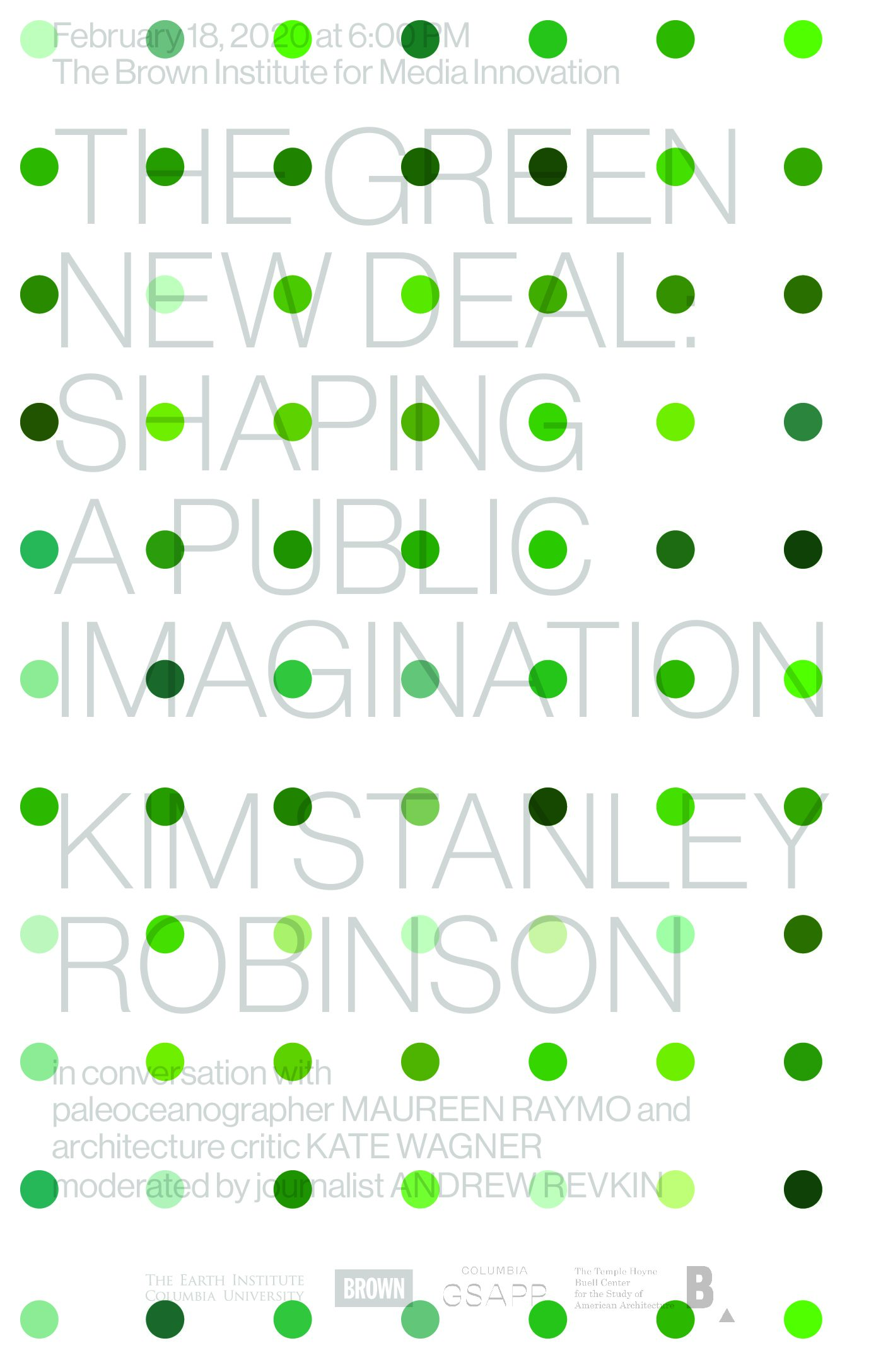 When climate change is the focus of both fiction and nonfiction, dystopia tends to rule. It’s not hard to see why, given that 30 years of efforts to push past fossil fuels have barely shifted the global energy mix and impacts on humans and nature mount as vulnerable communities encounter off-the-charts climate extremes. A notable exception is the prize-winning work of Kim Stanley Robinson, one of the planet’s most lauded living novelists of science fiction—and one who builds sweeping visions of profoundly altered, but functioning, civilizations on (and off) a deeply disrupted planet.

In a rare stop at Columbia, Robinson will shift his focus to the present and speak on shaping public imaginations toward an embrace the Green New Deal, released one year ago.

He’ll then have a climate conversation with the audience; Kate Wagner, architecture critic at the New Republic and contributor to Curbed, The Atlantic, and other publications; and Dr. Maureen Raymo, a paleoceanographer at Columbia’s Earth Institute who studies the history of climate change and sea level rise. The moderator will be Andrew Revkin, who’s been writing on global warming since the 1980s and is now directing a new Earth Institute initiative on communication and sustainability.

The Earth Institute Initiative on Communication and Sustainability, launched in 2019, is testing and spreading communication and media innovations that can cut climate risk and foster sustainable human progress. For more information, see sustcomm.ei.columbia.edu.

The Temple Hoyne Buell Center for the Study of American Architecture was founded in 1982. Its mission is to advance the interdisciplinary study of American architecture, urbanism, and landscape. A separately endowed entity within the Graduate School of Architecture, Planning, and Preservation, it sponsors research projects, workshops, public programs, publications, and awards. For more information, see buellcenter.columbia.edu.