Free Expression in an Age of Surveillance: Measuring the “Chilling Effect” 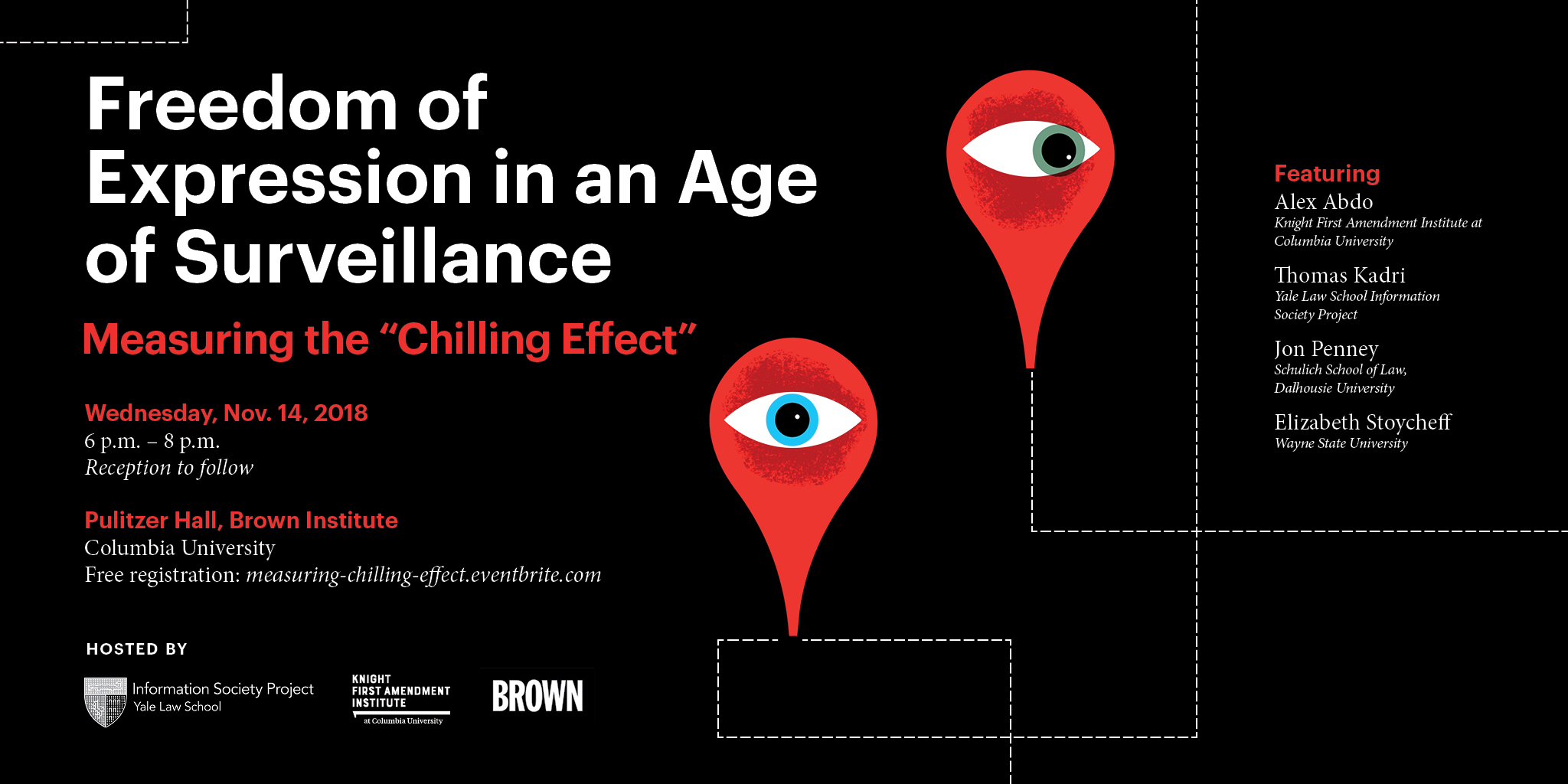 This panel is the second in a series of events examining the role that the First Amendment should play in assessing the lawfulness of government surveillance. The first panel addressed legal doctrine and the skepticism with which courts view the claim that surveillance “chills” free speech. This second panel will assess the chilling effect. Does surveillance chill speech and dissent? How so? And can we measure the chilling effect?

The panel answering those questions will include Jon Penney and Elizabeth Stoycheff, two professors who’ve tried to quantify the chilling effect, and Alex Abdo, senior staff attorney at the Knight First Amendment Institute.

Freedom of Expression in an Age of Surveillance: Measuring the “Chilling Effect”